Building connections and knowledge for Disaster Risk Reduction in Nepal

Leaders in the emergency and disaster-response sector from Australia and Nepal came together recently to build positive linkages and advance mutual interests at a networking event in Canberra.

Participants included Nepali Government representatives taking part in an Australia Awards Short Course, a New Colombo Plan alumna, and like-minded Australian academics, policy advisers and knowledge experts, as well as Australia Awards scholars from Nepal. The event gave participants the opportunity to interact and discuss their common interest in building disaster-resilience, which fuelled an exchange of knowledge and experiences.

The 21 Nepali Government representatives who attended the event are public sector leaders influencing change in Nepal in the field of disaster risk reduction. These change-makers were participating in an Australia Awards Short Course titled ‘Inclusive Governance on Disaster Risk Reduction’. The networking event complemented a key aim of the Short Course: strengthening participants’ knowledge and building networks to increase human resource capacity of their respective organisations. In line with this, New Colombo Plan alumna Won-Hae Shim shared her experiences in contributing to two organisations in Nepal for 6 months, working in post-earthquake reconstruction. 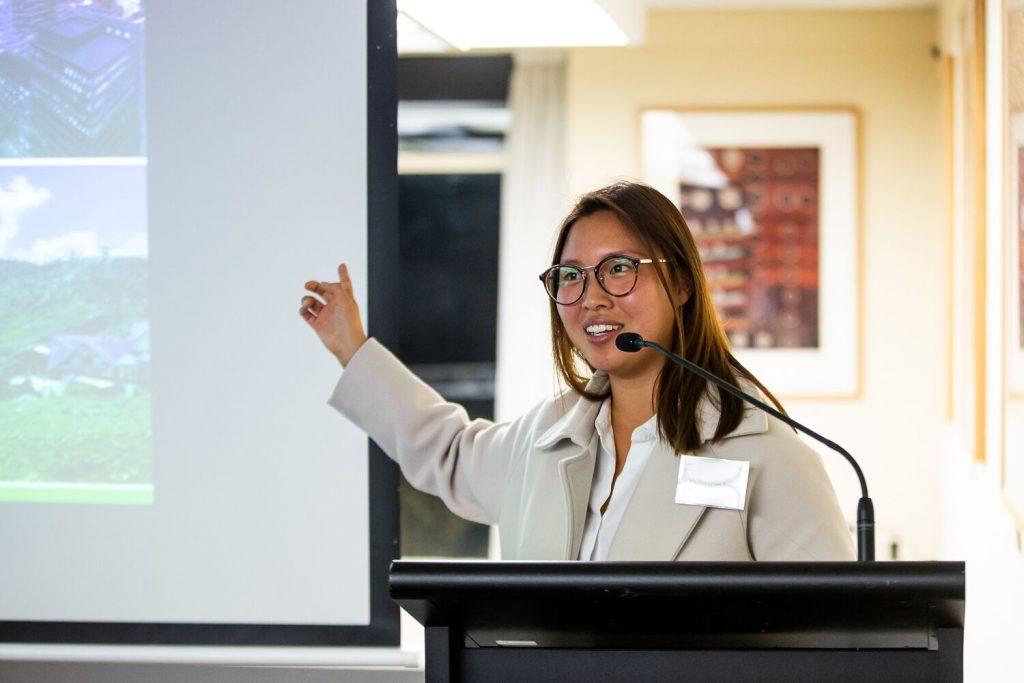 Won-Hae Shim, New Colombo Plan alumna, shared her experience in working in reconstruction and recovery efforts in an earthquake-affected area of Nepal

Won-Hae said she was honoured to attend the event. “It was not only exciting to engage with the Nepali participants, but a meaningful experience for me to reinforce my personal connection to Nepal, which I had originally established through the New Colombo Plan. I feel really grateful for having been invited to an event that also aligns so closely with my personal goals—working in the space of managing construction projects in disaster or conflict-affected countries. Personally, it was fascinating to speak with a course participant who was a Government official of Dolakha in Nepal. To share my findings and discuss the current status of reconstruction was a very rewarding experience.”

The Australia Awards networking event prompted Won-Hae to reflect on the lasting effects of her New Colombo Plan experience. “To feel such a genuine bond to Nepali people and maintain a strong connection to the country, even away from Nepal, deepened my appreciation for the New Colombo Plan and everything it stands for,” she said.

The Australia Awards Short Course participants found the opportunity to network and create linkages with experts in Australia to be a vital aspect of their experience, as it enabled them to discuss common ground and enhance their knowledge. The participants explained that the Short Course was important to them as it dealt with a critical issue, and both the course work and field trip were significant. 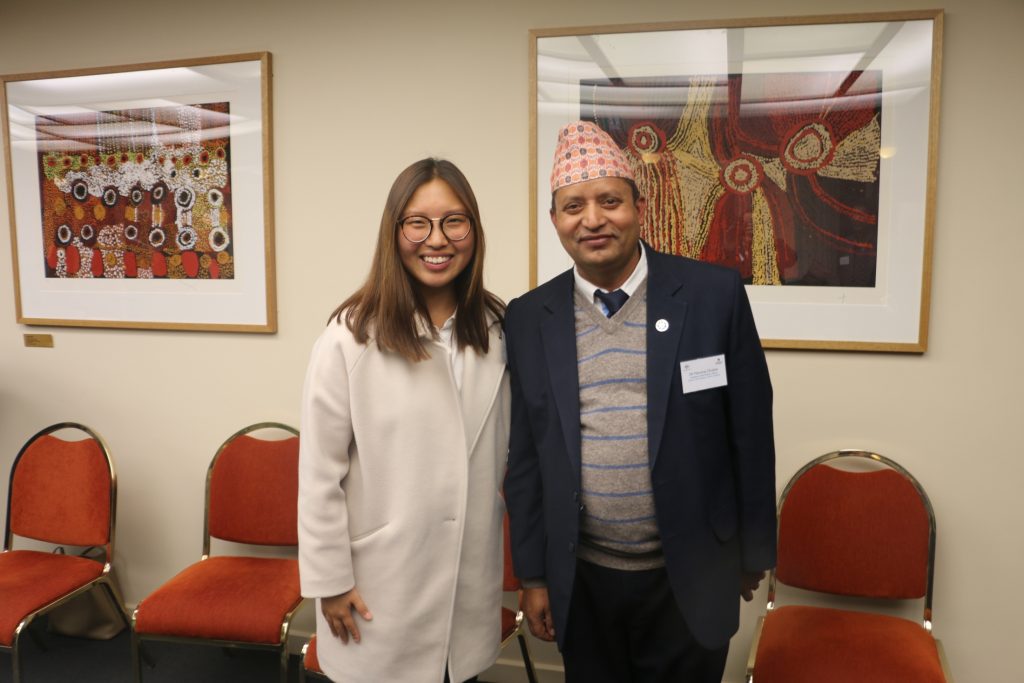 Through the Short Course, participants have learnt how to implement a whole-of-government approach to building capacity at the provincial and local government levels, strengthening institutional capacity for disaster risk planning and response.

Commenting on these learnings, Mohan Rai (a participant from the Ministry of Home Affairs in Nepal) described why disaster risk management in the country needs collaboration across different levels of government: “In Nepal, there are many policies, rules and regulations that are made and implemented, but the results are not effective. We must make plans and collaborate across different organisations and work together on issues if we expect good results. The whole-of-government approach is very beneficial to ensure all sectors are functioning automatically and effectively towards a common goal.”

Namuna Karki Dahal, an Australia Awards scholar from Nepal who is currently undertaking a Master of Public Administration at the Australian National University, said that the networking event helped her increase her own knowledge and make new connections.

“Being from Nepal, it was a great pleasure for me to participate in the networking event” said Namuna, “The geographical landscape of Nepal is not like Australia, and Nepal is one of the most disaster-prone countries in the world. I am really inspired by the thoughts shared by the experienced disaster risk reduction experts in Australia. It is not easy to implement the disaster risk reduction policies in advance of its occurrence, but I was amazed by the Australian experience of policies enforced.” 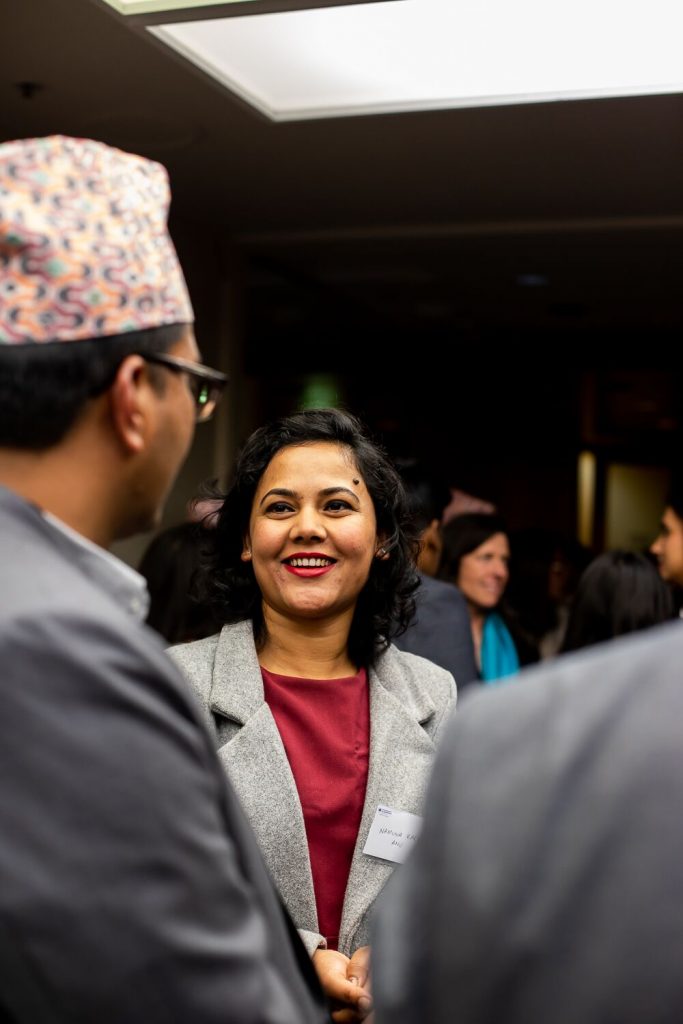 The DFAT-funded Australia Awards Short Course supported the Australian Government’s objective of contributing to the long-term development needs of Australia’s partner countries. Another important focus of the Short Course was creating awareness regarding the needs of vulnerable groups (particularly women, minorities and people with disability) and applying techniques for inclusive disaster risk planning and response. The Short Course, which began in July 2019, is being delivered in three components by the University of Queensland and will be completed in December 2019.