Mr Sudarshan Neupane received the Australia Awards Scholarship in 2013 from the Department of Foreign Affairs & Trade (DFAT) to undertake a Masters of Development Studies at the University of Melbourne. Prior to receiving the scholarship, Sudarshan had vast experience in development projects from grassroots to the national level. But he soon realised he would have to complete further formal study if he was to pursue development projects close to his heart.

After successfully completing his studies at the University of Melbourne, Sudarshan is glad that the knowledge he acquired is exactly what is needed for better management of development projects for greater impact in serving most marginalized and vulnerable groups. 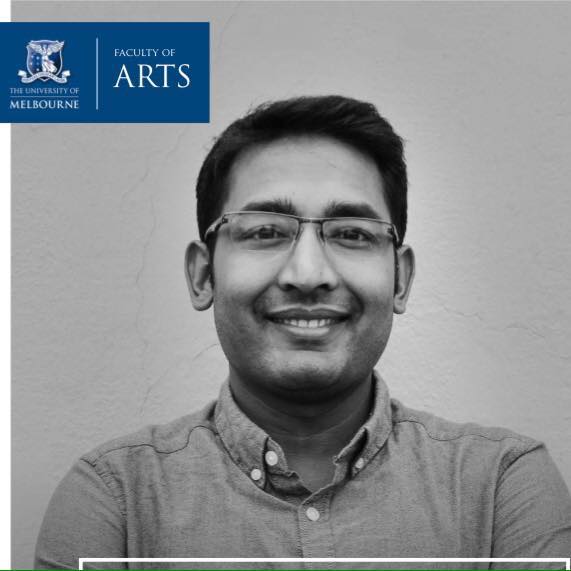 Sudarshan says “I have a strong desire to help others. Through my two years study in Australia, I have learnt and developed an appreciation for differences in interest and culture and how they affect communications between different people”. While in Australia, Sudarshan also gained valuable experiences as a Mentor and Ambassador at University of Melbourne. In these roles, Sudarshan provided support to the prospective local and international students to adapt themselves with the academic standards of the University.

“I know that the skills and knowledge I have gained through the development studies has helped to place me in an advantageous position when looking for employment after my return. I have deep realization that personal satisfaction and career success is inextricably linked” – Sudarshan Neupane

Sudarshan is currently working as an Inclusive Livelihoods Project Manager at Handicap International Nepal. He has published half a dozen articles on social protection and disability inclusion issues in the national daily papers after his return from Australia in December 2014. Sudarshan’s contribution to the earthquake affected persons and their families through Handicap International’s work have been highlighted in the embassy’s Facebook page (Australia in Nepal) on 8 June 2015.

Sudarshan can be reached at snsudan@gmail.com or on LinkedIn as Sudarshan Neupane.