Ms Khushbu Agrawal was one of the recipients of Australia Awards in 2013. Her scholarship took her to the Australian capital city of Canberra, where she received her Master’s degree in Public Policy and Graduate Diploma in Public Administration from the Australian National University (ANU).

Ms Khushbu Agrawal was one of the recipients of Australia Awards in 2013. Her scholarship took her to the Australian capital city of Canberra, where she received her Master’s degree in Public Policy and Graduate Diploma in Public Administration from the Australian National University (ANU). During her two years at the Crawford School of Public Policy, Khushbu was able to immerse herself in the policy challenges faced by countries around the world. What made the whole experience unique, she says, “it was never only limited to books and lectures. The diverse composition of the class meant that we got to hear first-hand the real problems faced by the governments, and real solutions applied to those problems. This made the academic journey so much more enriching and meaningful.” In 2014, she was awarded the Chancellor’s Letter of Commendation for her ‘outstanding academic performance’ and for being ‘one of the top performing students’ of her group. In June 2014, she was also awarded the Student Extra-Curricular Enrichment Fund (SEEF) to travel to Netherlands to attend a summer school on Global Poverty and Inclusive Development at the University of Amsterdam. 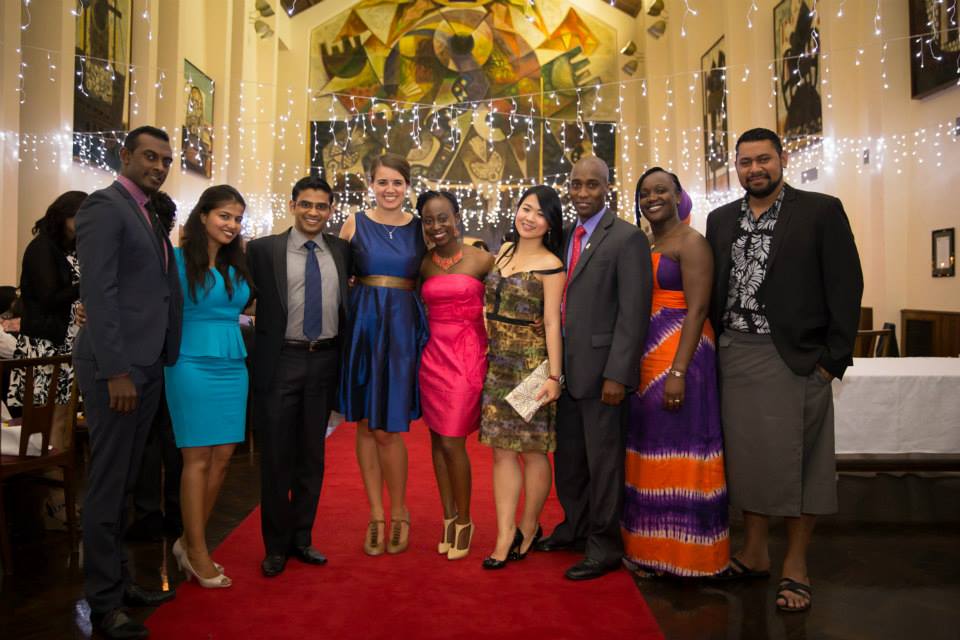 While she made the best of her academic journey, she did not limit herself only to her books and assignments. For three consecutive semesters, she served as the Senior Resident (SR) at Toad Hall, an on-campus residential facility housing more than 220 students from all parts of the world. As a SR, Khushbu was responsible for the pastoral care of the residents and handled a couple of portfolios including managing hall wide events and publishing the hall’s fortnightly newsletter called ‘Croak’. In addition, she was elected as the inaugural Communications Officer for the Postgraduate and Research Students’ Association at the ANU, where she was responsible for managing all communication related activities of the association. Over the two years, she volunteered at a number of events around Canberra, including the National Conference organized by the Australian Migrant and Refugee Women’s Alliance (AMaRWA). “It was the non-academic part that really helped me form lasting friendships with people who were complete strangers when we started our degree. I now have friends in every corner of the globe, which is something I absolutely value and treasure from my time in Australia,” she shares.

Since coming back to Nepal in 2015, Khushbu has worked with a number of international organizations including the International Institute for Democracy and Electoral Assistance (International IDEA), Save the Children, and World Wide Web Foundation, working on their various research initiatives. At present, she is associated with International Organization for Migration (IOM), where she is working on two peacebuilding projects, one related to women’s access to land and property, and another on empowerment and rehabilitation of survivors of Conflict Related Sexual Violence (CRSV). Her primary duties include training and development of community leaders; government representatives; civil society activists and preparing and maintaining quality of research reports, ensuring that a gender dimension is incorporated and adhered to in all activities of the projects. “My work centres on identifying the gaps that exist in the policies and programs relevant to the projects I am working on. With a degree in public policy, I am better equipped to understand and analyse the relevant policies and provide recommendations to the government to fill those gaps.” 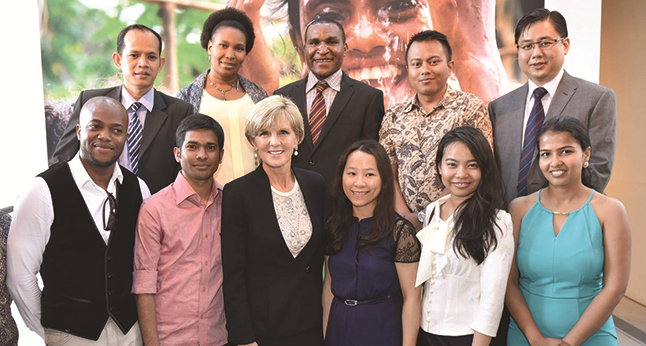 Khushbu is thankful to the Australian Government for offering scholarships to students from countries like Nepal. She adds, “Had it not been for the scholarship, I would have never realized my dream to get a world-class education in one of the best universities in the world. The scholarship not only strengthened my academic foundation, but provided me with a number of opportunities to develop myself holistically through the various opportunities I received.”