Prakash and his team carry out functional analyses and develop policies required for the administrative restructuring of the government.

Australia Awards alumnus Prakash Dahal is one of the key government officials leading the agenda for administrative reform in Nepal.

Recently promoted to the position of Joint Secretary at the Ministry of General Administration, Prakash and his team carry out functional analyses and develop policies required for the administrative restructuring of the government, as mandated in the 2015 Constitution of Nepal. 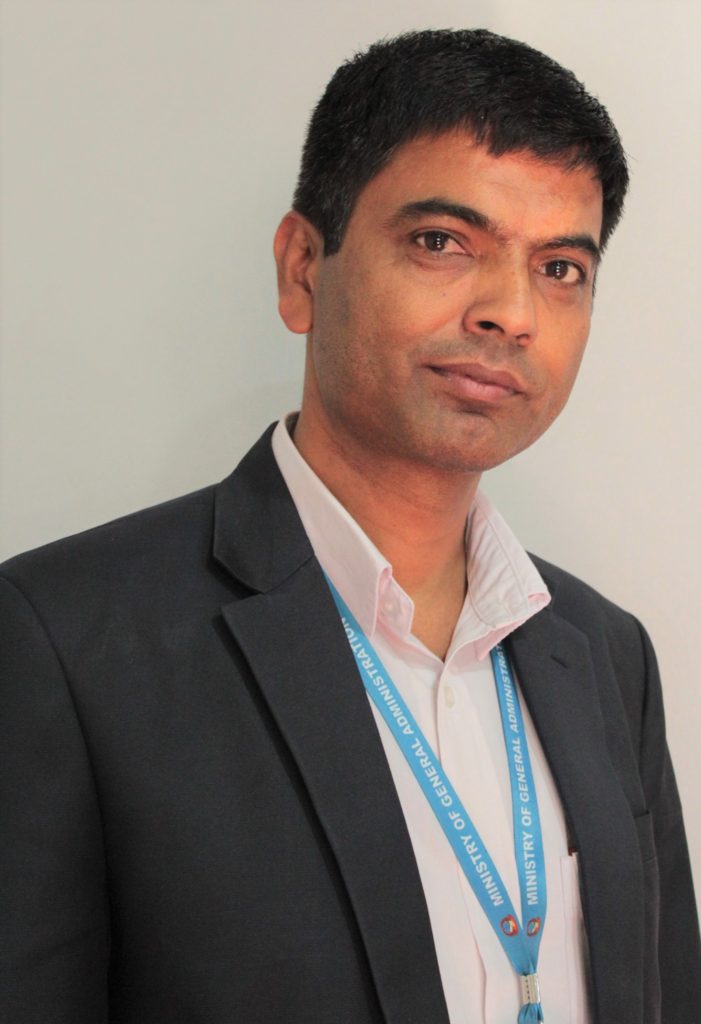 Prior to joining the Ministry of General Administration, Prakash was a Chief of the Foreign Aid Coordination Section at the Ministry of Federal and Local Development (MOFALD).

When Prakash was taking over this assignment, Nepal was hit by a massive earthquake and was in dire need of support from the international community.

He introduced a policy to coordinate the mobilisation of foreign aid, which allowed all the support that MOFALD received from 19 major development partners to be channelled through a common fund. He also helped to design a US $200 million housing project to respond to the needs of earthquake survivors.

Growing up in the rural district of Khotang in the eastern part of Nepal, Prakash wanted to be a teacher as this was the only profession he knew. However, after moving to Kathmandu to pursue tertiary education, he changed his dream and joined the civil service. An avid reader and a diligent professional, he pursued three Masters degrees at Tribhuwan University – in English literature, public administration and political sciences. During his studies, he also worked for the government of Nepal.

Upon completing his studies, Prakash wanted to pursue yet another degree that “would blend the theoretical knowledge of the developed country and practical cases of a developing country”. He thought Australia was an ideal country for this as “it offers world-class education.”

“There is a huge pool of Australia Awards alumni in the civil service sector of Nepal who are in senior positions and their performance is also good”.

As an Australia Awards recipient, Prakash undertook a Master of Public Policy at the Australian National University.

He believes his academic training in Australia has proven to be very useful in his current role.

“I have been using the skills that I gained through the Australia Awards Scholarship”, he says. “The knowledge that I learned around policy making, policy networking, participatory modalities, policy consultation and dialogue during my study in Australia are now very useful for me to give my best to the job that I am currently responsible for”.